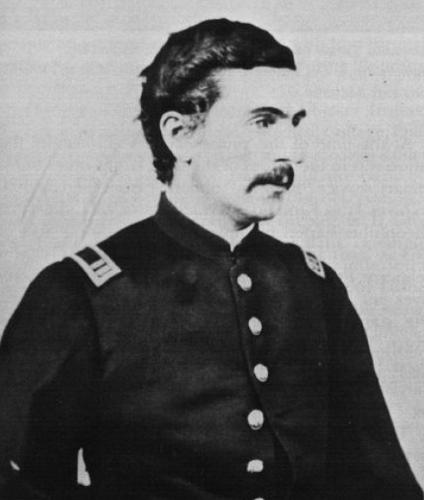 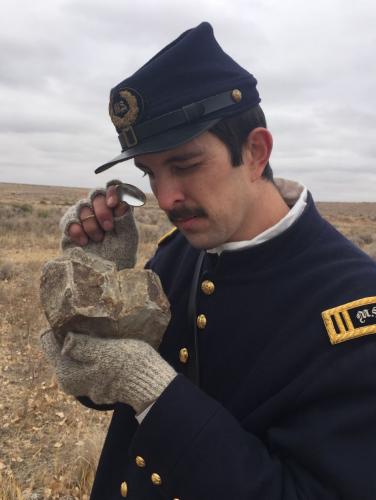 In mid-August of 1869, Fort Wallace found itself in a time of transition. Some of the more immediate dangers from Indian attacks had receded, but other obstacles such as disease, and the elements still created great challenges. The building of the Kansas Pacific Railway was still stalled at Sheridan, KS, which was located just east of the Twin Buttes in Logan County, KS; the Railroad tracks would not reach Wallace until November of 1869. All fort supplies were being sent to Sheridan by rail, offloaded at the railhead and brought by wagons back to the Fort.

On a post return dated August 10, 1869, Post Commander Lt. Col. Charles R. Woods of the 5th Infantry stated that “there is not a sufficiency of quarters at this fort for the officers of four Companies, Surgeon and Chaplain,” and requested that he “may be allowed to put up quarters for the Comdg (Commanding) Officer and to employ two carpenters, one Mason and two plasterers; The Quarters to be one story cottages (frame) and about the size of the quarters now at this post.” These new quarters would bring a little more civility to the post for the officers and their families, as he also asked “ to be authorized to plaster the officers quarters at this post, as in their present condition they will hardly be tenable during winter.”

The post was also still mourning and adjusting from the death of young surgeon Theophilus H. Turner, who had died of “acute gastritis” on July 27th. Dr. Turner had been a popular officer and capable surgeon at the Post for over three years before his untimely death at the age of 28. A series of reports document the inventory of the young doctor’s personal property and their transfer to his brother Edwin Turner. There were changes in procedure underway at the Post Hospital, as the orders were sent that “Hereafter, no destitute or other citizens (excepting government employees) will be admitted into the hospital without his (commanding officer’s) authority.”  These adjustments were possibly being made by the new acting assistant surgeon H. H. Shearer, who had arrived in the days following Turner’s passing.

The story of Dr. Theophilus Turner, his discovery of the fossilized remains of the sea creature elasmosaurus platyurus, his unlikely friendship with scout William Comstock and his tragic death are illustrated in the local docudrama “Thof’s Dragon,” produced by Deb Goodrich and Brenda Tropf. This film is for sale in the Fort Wallace Museum retail area and is a great way to learn more about what was happening in our area 150 years ago!