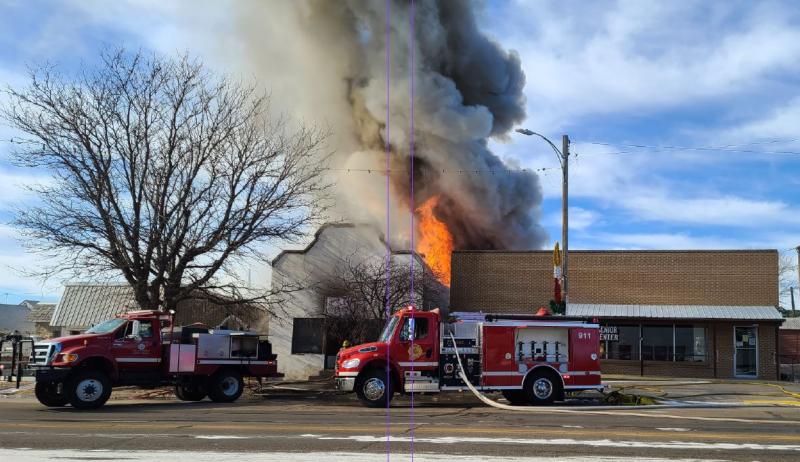 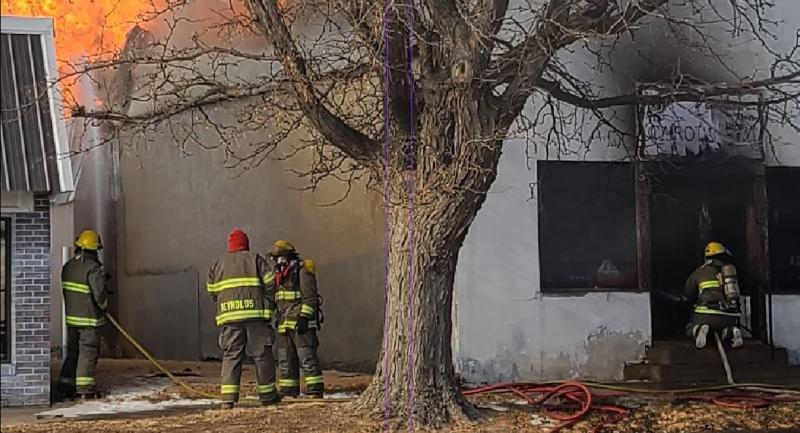 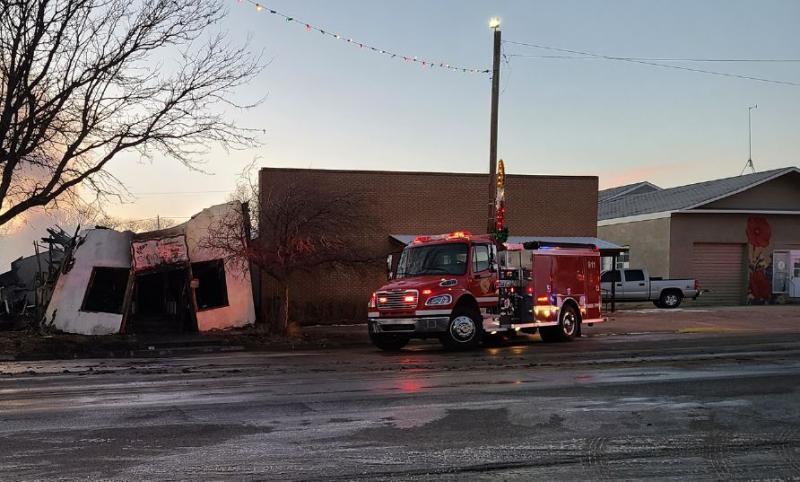 Last week was full of unexpected events in Sharon Springs.  The forecast called for extremely low temperatures with wind chill expected to bring the temperature further below zero on Thursday.  Wednesday afternoon, the wind came out of nowhere and had an awfully mean bite to it even in the brightest part of the afternoon.
Around 8:25, the power went out. Brando Reynolds, who had been playing pool with the guys at the office, dropped his pool cue and rushed out to join the city workers, even though he no longer works for the city. He worked throughout the night with the rest of the city men and the Midwest Energy crew to get power back to our homes.
On Saturday morning, Christmas Eve, Brando donned his firefighting gear and joined the other volunteer firefighters to put out the fire on Main Street.
The next day, he spent his Christmas evening at my home, along with Dustin Bozarth, helping Skip and Corey bust through a clogged drain that had backed up into the basement.
This past week, I witnessed a selfless human being who dropped everything to lend a hand. Thankfully, it’s not often that one person takes on so many roles in one lifetime, much less do so within the span of 96 hours.
Thank you, Brando.  Honestly, I cannot thank you enough.  You are the very epitome of what this small-town community is all about.
I would like to add a HUGE Thank You to all the Midwest Linemen and the Sharon Springs City Crew who braved subzero weather with gusting wind for more than 12 hours to restore power to the fine folks of Sharon Springs. Being without power for several hours served as a reminder that we often take things, our electricity for example, for granted.
Thank you to our volunteer firefighters who gave up their family time on Christmas Eve to handle the thrift store fire and keep it from spreading to neighboring businesses, to the EMTs who were on hand to respond quickly if needed, and to the sheriff’s office who blocked off Main Street to keep everyone out of harm’s way.