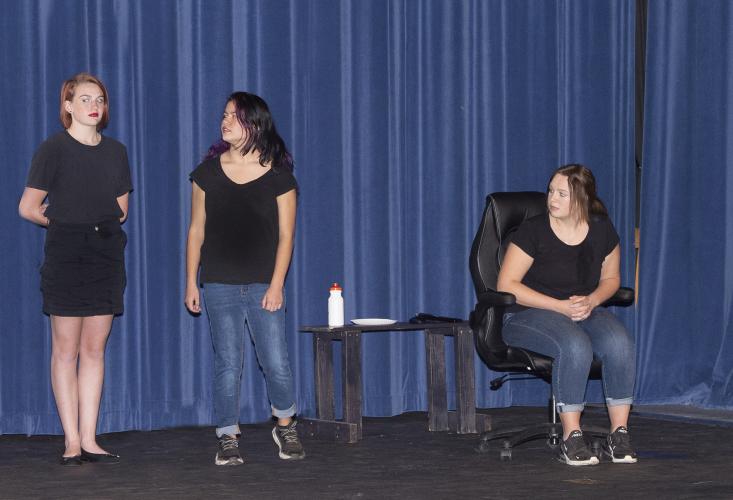 Students of the theater class, under the direction of Eric Jarvis, performed a one-act play, “Virtual Family” on Friday, November 11th.
The small ensemble of Destany Still, Zoey Gardner, Miaha Lucas, Lydia Fox, and Elena Kyner comedic performance ended with a poignant message, asking “Do You Want to Live This Way?”
The play opens with Child 1, played by Still, who reaches over to PAD 1, played by Gardner, to begin her morning routine. It didn’t take long for the audience to understand that Child was living in a virtual world under the direction and supervison of PAD.
The audience was quickly swept up into the day of Child 1 as she wakes up her sister, Child 2. Later the 2 hear that Mother has given birth to Child 3, played by Kyner. When Child 3 arrives on the scene without a PAD of her own, she opens their eyes to life free from technology, “outside” of their home.
The auditorium was filled with laughter through out the play as Child 1 and Child 2 moved through out their day filled with technology.
The point of the play was to remind everyone to take time off from technology, be it an ipad, smart phone, or television; go out into the world and learn to live again.
Photos by Peggy Fischer. 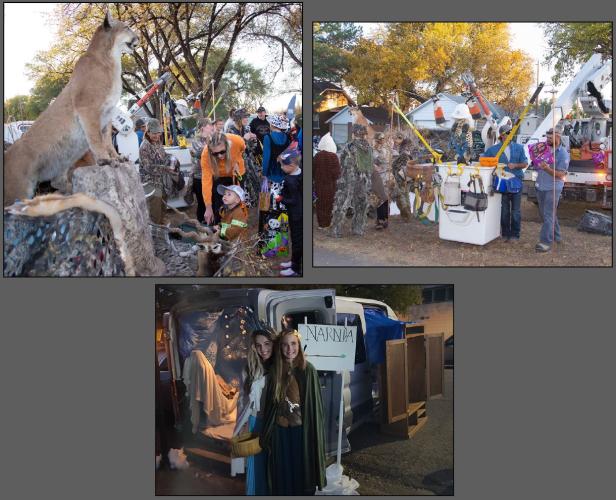