The Wildcats came up short against the Quinter Bulldogs with a final score of 41-51. The Lady Wildcats won their game against Quinter 50-29. Photo by Peggy Fischer.

Left: Wildcat Tharyan Hawkins goes up and under for 2 against the Quinter Bulldogs at home last week.

Right: Lady Cat Jaelyn Daily takes a shot against the Bulldogs of Quinter. 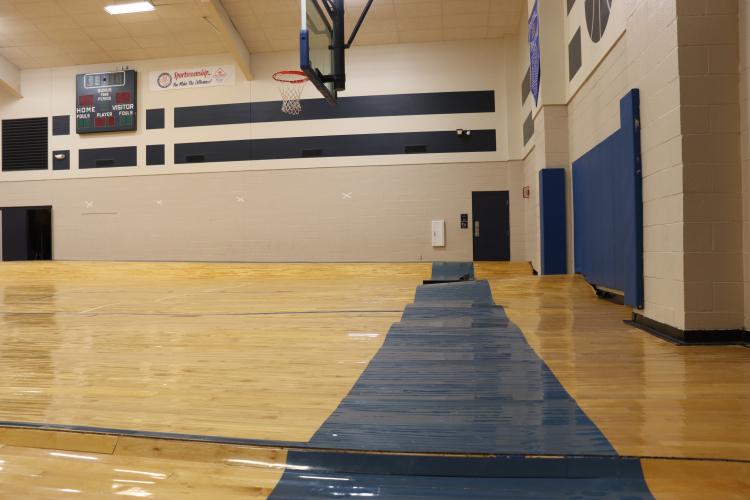 On December 25, 2022, it was discovered that a pipe had frozen and broken during the subzero weather earlier in the week.  It may be 6 or more weeks before the gym is usable again.