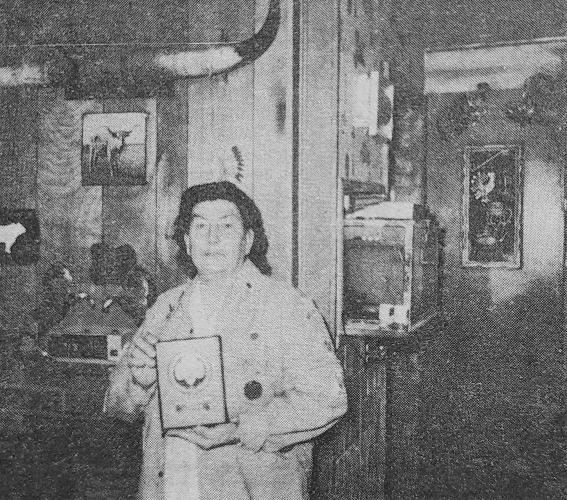 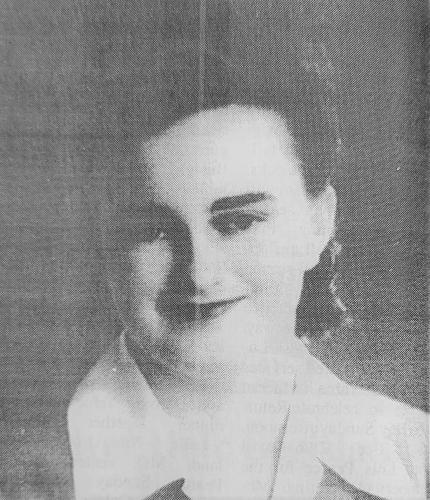 There would be a Halloween costume dance at the Hideaway on Saturday evening from 9p-12a.

The children of Marcella Cullens wished to honor her with a card shower for her upcoming 80th birthday on November 8.

Tessa Howard was one of 10 ladies chosen to the 2007 Bethany College Homecoming court. Some of her activities included Tri-Beta Biological Honor Society, Campus Ministry Coordinators, Bio-Chem Club, and Gold Key.

Linda Collins had the program at the Rotary Club meeting. Her guest was Tricia North, local teacher. Mrs. North talked about her trip to Honduras with Mercy Team.

Irene Baehler, who helped reorganize Girl Scouting in Wallace County in 1970, was awarded a plaque for outstanding years of service at the annual Girl Scout meeting in WaKeeney, Kansas.

Inga Z. Walker was residing in the Clovia 4-H Scholarship House at Kansas State University. It was a cooperative house for women, with 66 women sharing cooking and housekeeping duties.

The Sharon Springs DeMolay chapter built a haunted house above the former Koon’s Hardware Store. Admission was $1 for persons over 12 and 75 cents for those under.

The remains of Cpl. John J. Martinez arrived at San Francisco. Martinez had died in November of 1943 fighting in the Pacific theater of World War II.

Mr. & Mrs. John Sexson went to Denver and bought the champion bull of the Shorthorn class at the Plains State Show & Sale.

Four Wallace County students were among the 972 enrollees at Fort Hays State college for the fall semester. They were Thomas Boone, Freddie Burnett, Fern Ringeisen, and Velma Deyoe.

Johnnie Herl suffered a broken arm, broken collarbone, and small crack in his shoulder while playing football at the high school practice.