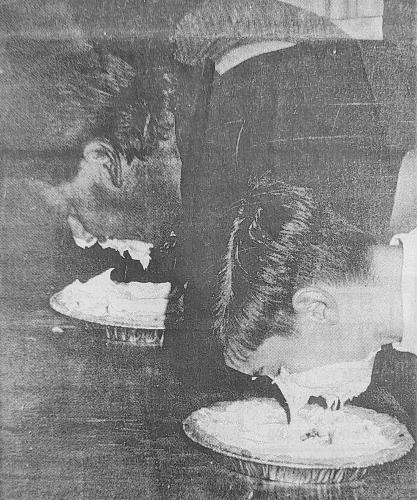 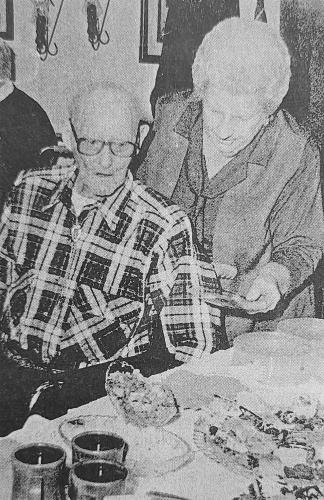 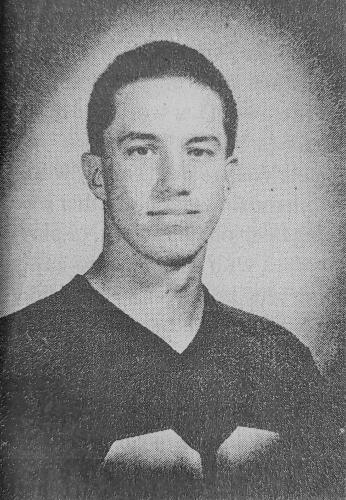 The Strand Theater was showing “In & Out” starring Kevin Kline, Joan Cusack, Tom Selleck, and Matt Dillon. The following movie was “I Know What You Did Last Summer” starring Jennifer Love Hewitt, Freddie Prinze Jr., and Sarah Michelle Gellar.

Rob Loftin was the pie-eating contest winner at the Eagle Tail Restaurant during the first annual Pheasant Phestival.

Carl Durgeloh celebrated his 100th birthday at the Prairie Manor Good Samaritan. See the photograph below of Carl with Luella Sterrett, who helped with refreshments.

Weskan High School performed the play, “Teach Me How to Cry” on November 10-11.

Brandon Bussen, WCHS senior, was selected to the 1998 Kansas All-Star Football team at the 10th annual Down Under Bowl in Australia. It was an 8-day trip in Australia with 3 days in Hawai’i on the return trip.

The United States Postal Service reminded the public that November 11 was deadline for all mail sent by service postage to reach the Armed Forces oversees by Christmas.

A total of 83 DeMolay members from Sharon Springs and surrounding areas attended a district conclave held in the WCHS auditorium.

The VFW Hall would be host to a 10-point Pitch Party on Saturday for 75¢ per player. Coffee and prizes would be furnished.

The 1922 census showed the rural population in Kansas had increased from 54.5% to 54.6%. The urban population had slightly increased in each of the 5 previous years.

Mrs. W. L. Scott, Chairman, announced that the American Legion would be responsible for the annual Red Cross roll call in Wallace County. The quota was 400 memberships at $1 each.

Mr. & Mrs. Bud Chisum brought their new baby boy to Sharon Springs for the first time, for a visit with his grandmother, Mrs. Fannie Chisum.

H. L. Bland, his wife, and two little girls were caught in the tornado near Limon, CO. The automobile was wrecked but all passengers escaped serious injury. Mr. Bland stated that with the exception of a little scare, a ride in the air, in a Ford, wasn’t so bad after all.

Postmaster Scott attended the postmaster convention in Topeka. He would stay longer to visit friend before returning home.