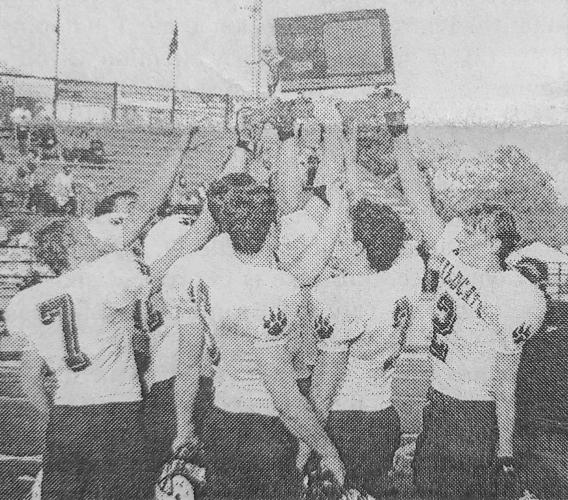 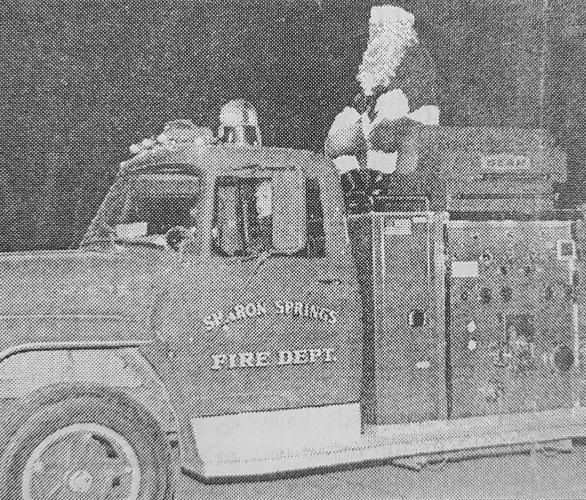 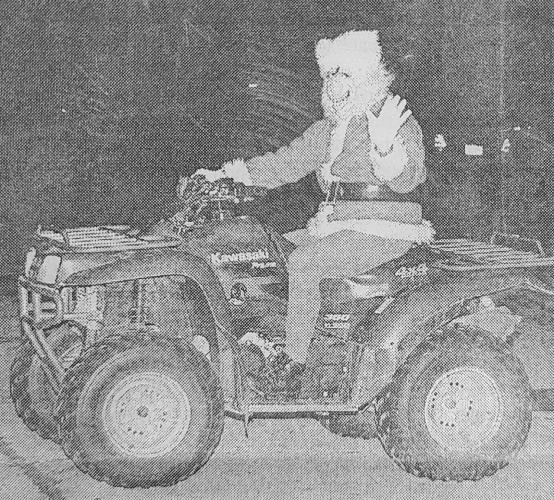 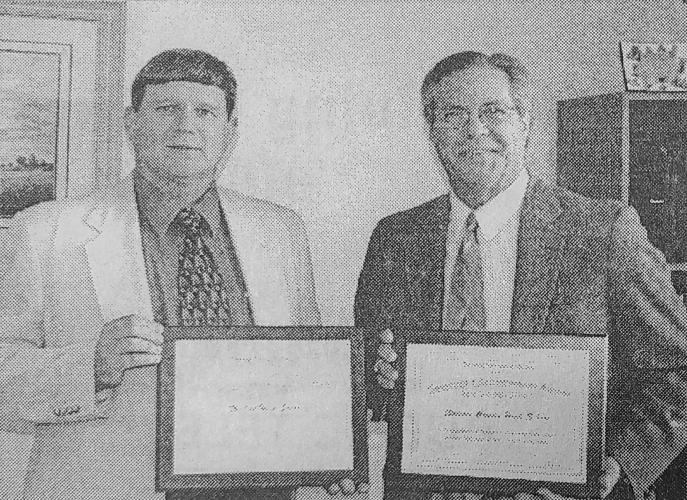 Wallace County USD 241 and Weskan USD 242 both received Governor’s Achievement Awards for excellence in math and reading, meeting AYP requirements, and being in top 5% of high schools.

See the photos below of Santa and the Grinch in the Parade of Lights.

Pam Stout accepted the position of Education Chairman of the Wallace Co. Cancer Society, taking over for Navene Rains.

The US Highway 40 – Colorado Highway 94 Association held their meeting in the VFW hall in Sharon Springs. They covered long-range highway maintenance and construction plans.

The Wallace County Teachers’ Association met at Wallace for their fall meeting. Roundtable discussions were held after a dinner served by the Catholic Ladies. Roll call was answered by giving a highlight from the state teachers convention.

The Methodist Youth Fellowship of the Churches of Sharon Springs and Weskan won first place in the Boothroy Booth Festival. They also won second place for their artistic arrangement.

Mr. Robert Sutton announced a public sale at his place known as the “Old Spence Botts place” on December 1. It was located 13 miles south of Sharon and 3 miles east.

The Weskan Garden Club was planning a Christmas Party at the Baptist Church for all club members and friends. It would include  lunch and a gift exchange.