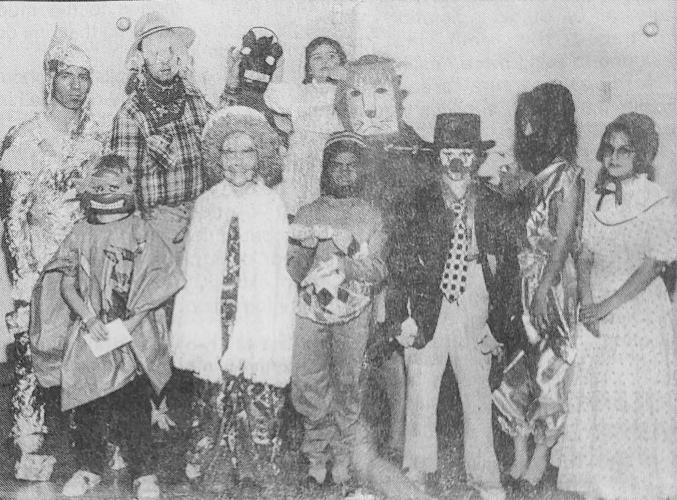 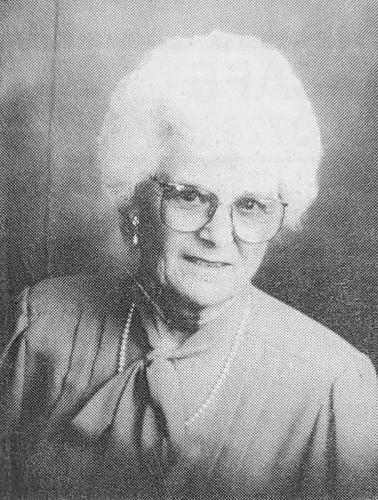 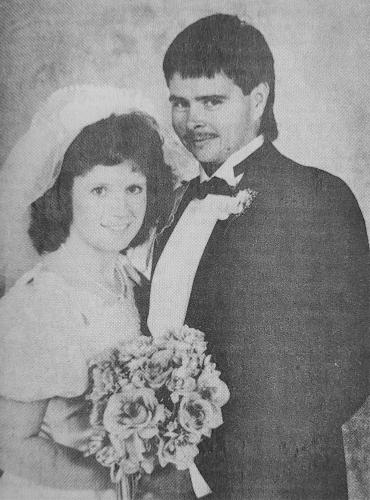 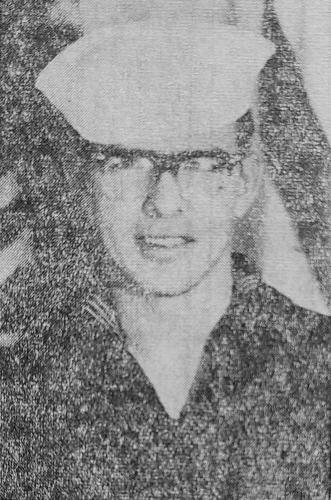 See the photos below of some of the costume winners in the PRIDE sponsored Spooktacular.

The County Health Office, Extension Service, and the Area Agency on Aging were sponsoring a Foot Care Clinic for senior citizens on November 12.

Eileen Frasier was installed as President of the National Master Farm Homemaker’s Guild. Over 120 members had attended the 64th Conference in Spearfish, North Dakota.

The Pitch Association elected officers for the upcoming season including Guy Bedker as president, William Seigle as secretary, and Harry Lutz as treasurer.

A group of friends surprised Mr. & Mrs. Carl Witzel with a house warming. The group presented the Witzels some nice gifts for their lovely new home.

Dell Kenneth Hoss, son of Mr. & Mrs. Marion Hoss, recently enlisted for a 4-year tour with the US Navy. Hoss graduated with the WCCHS class of 1962.

The Western Times editor challenged any other town in Western Kansas to show as much cement sidewalk as Sharon Springs. The next sidewalk to be put in would extend from the schoolhouse to the block just south of it.

The checker tournament was well underway, but was going rather slow. Joe Ward was in the lead.

The owner of the Sasnak Hotel, Mr. H. W. Rust, took charge of managing it again, after Mr. & Mrs. Pittman moved away. One of his main features would be an oyster supper after each dance given in town through the winter.

County Treasurer John T. Steele wrote a letter to the editor for his re-election bid. He stated that, “My character is as open for your just criticism, as the books in my office and I sincerely invite your inspection of both.”

The public was invited to watch the basketball games played every other evening at the schoolhouse between the H.S. classes.