The Howard C. Wilson Trust of Sharon Springs was recently honored for belonging to the Kansas Livestock Association for 50 years.

A Ladies Bible Study was scheduled in the Wesleyan Church with Denise Glenn, author of “Freedom for Mothers.”

The WCHS Broadside Senior Spotlight was on JoJo Wattendorff, a foreign exchange student from Germany. He was active in basketball, football and the Fall Play.
50 Years Ago (1973)

A report from the Standard Rate and Data Service showed that car ownership in Wallace County reached the point of 157 cars for every 100 families, for a total of 1,070 automobiles.

Bruce Walker was named manager and salesman of the Colby Steel, Inc. office in Sharon Springs. Their office was located in the Hotel Sharon.

Barbara Linton gave the program at the local Rotary Club meeting. She discussed the art of ceramics and how the various color effects are obtained in the process.

The Strand Theater was showing “Cancel My Reservation” starring Bob Hope and Eva Marie Saint. A stressed out talk show host is sent to Arizona for vacation on doctor’s orders, where he has to play detective to solve a series of murders.
85 Years Ago (1938)

Thirty members were present at the Chamber of Commerce meeting. New officers were installed, including R. R. Dollarhide as president, Victor Weed as vice-president, Bill Lutz as secretary, and C. E. Swanson as treasurer.

Spencer O. Botts, one of Wallace County’s pioneer residents, died at his home in Sharon Springs, at the age of 77. He moved to Wallace County in 1890.

The Sharon Springs City Council reminded drivers of the Ordinance limiting speeds to 20 miles per hour in town (except Highway 27 at 30 mph), and 12 mph when crossing intersections.

The Wide-A-Wake Club met at the Dover school house for their monthly meeting, with 10 members, 2 leaders, and 4 visitors present. 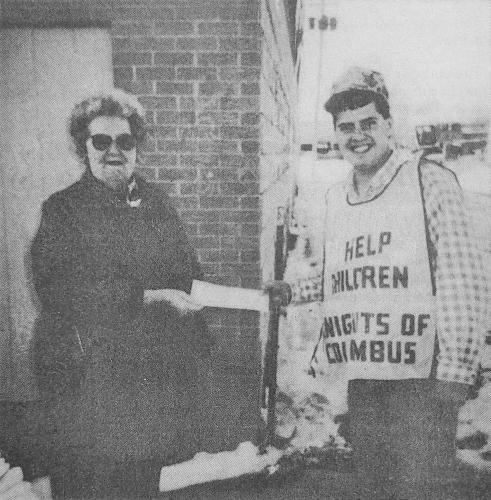