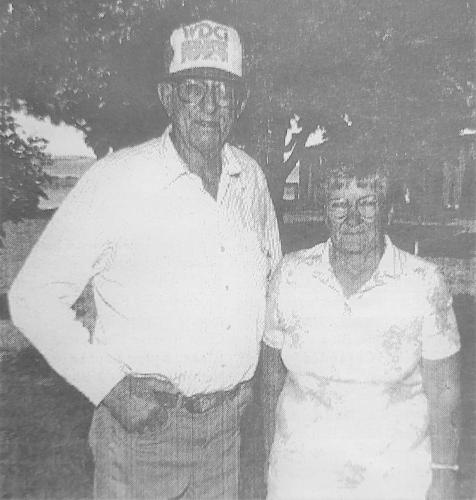 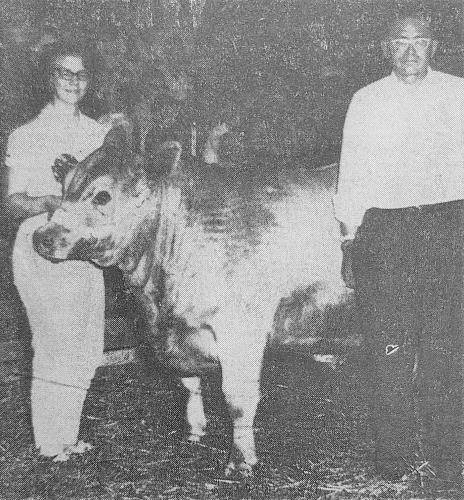 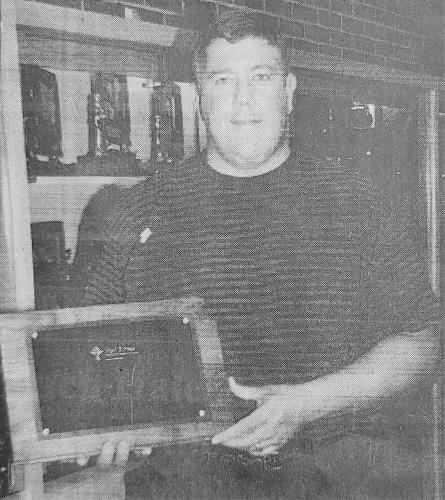 The Strand Theater was showing “Out to Sea” starring Jack Lemmon, Walter Matthau, and Dyan Cannon. The following movie was “Men in Black” starring Will Smith and Tommy Lee Jones.

Dry Creek was running at almost full capacity after 7 inches or rainfall over a 3-day period. The creek ran through Jim & Judie Withers pasture in northwest Wallace county.

The annual horseshoe throwing contests were held with 11 singles and 14 in the doubles. The winner of the singles was Chad Poe and the doubles champions were Steve Adams and Chad Poe.
55 Years Ago (1967)

The photograph of Emma Stewart and her Grand Champion steer was published. She is pictured with purchaser Vic Weed of Eastern Colorado Bank.

Ivan Parks purchased the Wallace County Standard Oil Bulk agency from Frank Gaschler, who had operated it for 23 years. Ivan & Glenda, and sons, Danny and Randy, were moving to Sharon Springs.

Greg Cloyd and Dennis Collins reported they were working with a harest crew at Lemmon, S. D., near the North Dakota border.

A representative from the Singer Store at Garden City would be in the Sharon Springs area on the 2nd Tuesday of every month. Interested patrons were asked to leave messages at Griffins Variety for Singer products and services.

To satisfy a long felt need, Wallace County Post No. 336 of the American Legion, decided to have a regular meeting place and furnish club rooms. They were hosting a two-day celebration to raise money.

The Weskan News reported that the Ladies Aid of the M. E. Church met Thursday evening. Refreshments were served by Mrs. Pell Teed.

All settlers, old and young, were invited to the Old Settlers Picnic at Sunny Side on August 30. There would be a program in the morning, sports in the afternoon, and a platform dance at night.

Miss Hazel Sprague of Kansas City was in town for a visit with her aunt, Mrs. C. E. Koons.