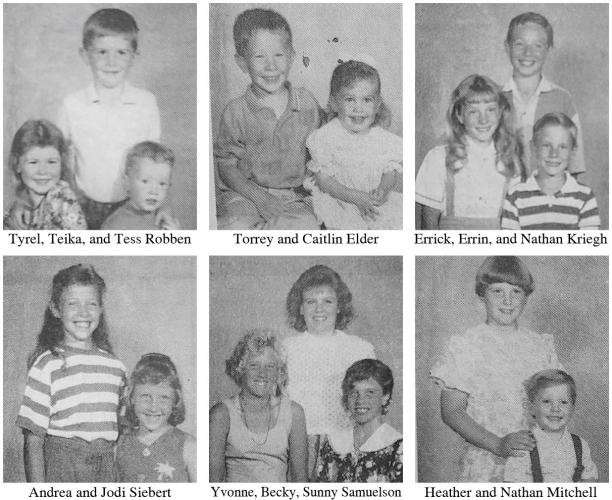 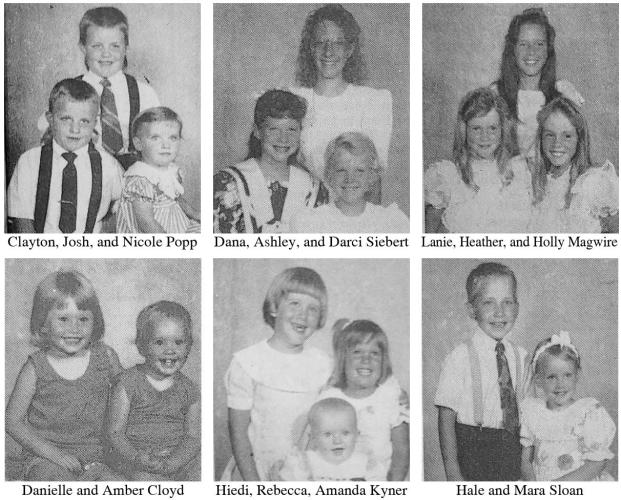 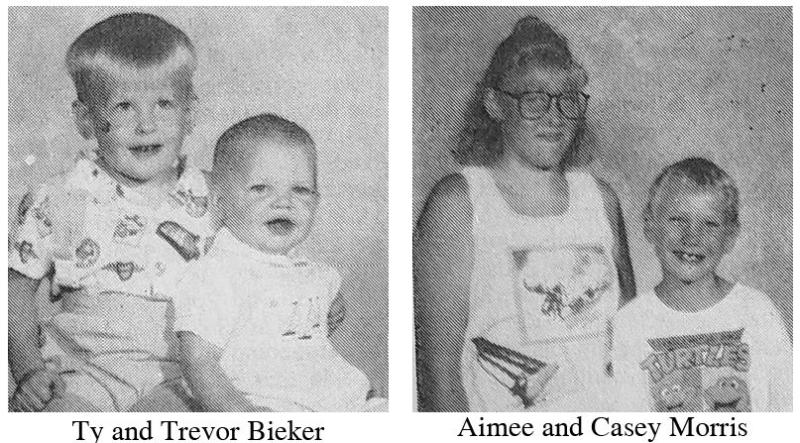 Celeste Bussen had been accepted to the Kirksville College of Osteopathic Medicine, Class of 1996. It was the founding school of osteopathic medicine.

David Baehler, Weskan, was selected as one of 12 members of the Sunflower Singers at Colby Community College, under the direction of Dr. Philip Shuman.

The Western Times featured many local children in the “Leaders of Tomorrow” special section. See many of their photographs on page 7.

The Old Settlers picnic would be held Sept. 2 at Russell Springs. They would have a parade, lunch, and entertainment of baseball and horse shoe pitching.

George Cox celebrated his 91st birthday the prior week. He received many cards and phone calls.

The Strand Theater was showing “Murder She Said” starring Margaret Rutherford and Arthur Kennedy. The following movie was “All Fall Down” starring Eva Marie Saint, Warren Beatty, and Angela Lansbury.

The Wallace Items section reported that Mrs. Douglas had rented the Pacific Hotel and would take possession September 6.

The Western Times editor quipped that they made a mistake the prior week claiming that the 49-inch long cucumber raised by D. F. Stephensen would be the longest in the county. He brought in a newer and bigger one, 57 inches long. He would also show it off at the Fair in Oakley.

E. C. Frutiger, D.C., opened a new office in the State Bank building. He offered free chiropractic consultations to anyone with ailments or sickness.

J. M. Busby’s Minstrels played to a crowded tent. The editor praised them as the finest minstrel troupe to ever visit the town. Their singing and dancing was greeted with round after round of applause.

The sign painters for the Velvet Tobacco Company were in town Wednesday. They were on their way west.