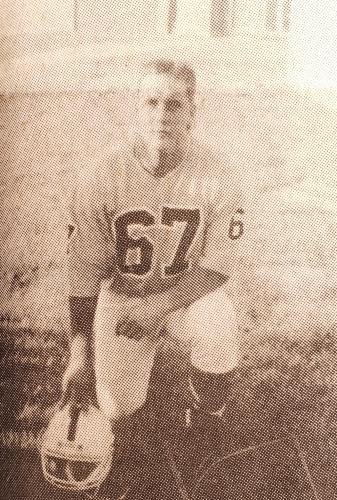 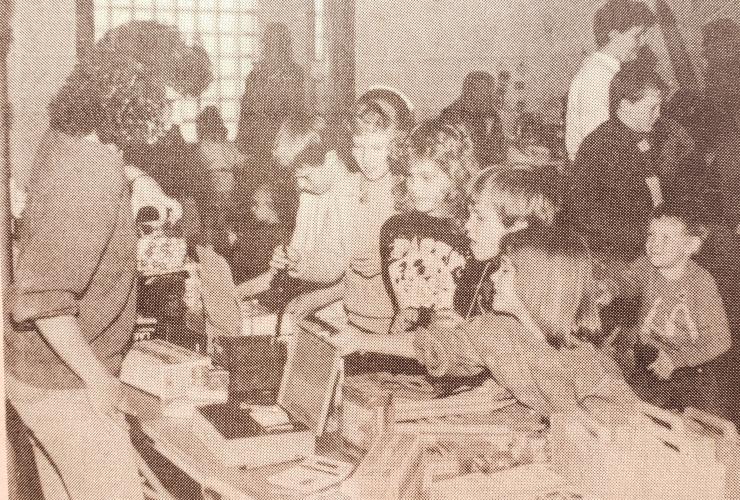 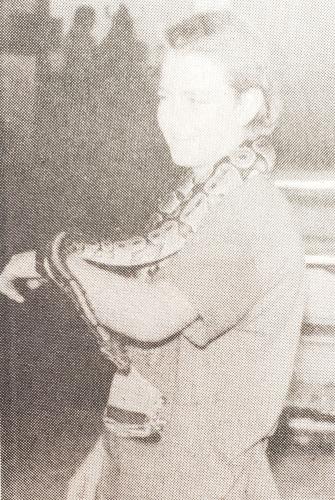 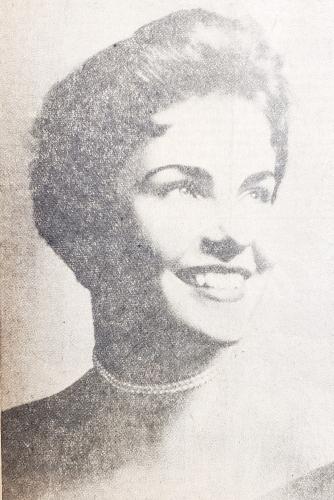 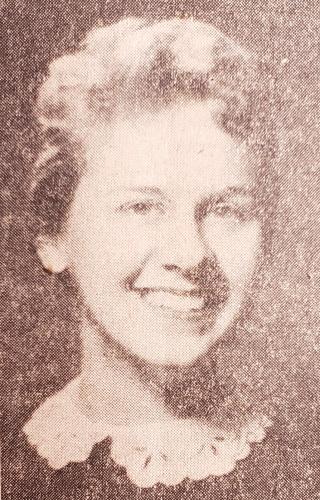 Ted Bussen, Grand Knight of the Wallace County Knights of Columbus, presented a check for $698.40 to Dorothy Okeson, Secretary of the Sherman-Wallace Association for Retarded Children. The money was raised during the recent Tootsie Roll Drive.

The Fighting Panthers of N. Iowa ended their football season at 8-3. Todd Stolz was a member of their offensive line and would be returning as a letterman in fall of 1990.

Santa & Mrs. Claus visited Sharon Springs at the Children’s Shopping Day. See the photo below of some of the children who went shopping.

Patsy Van Allen, daughter of Mr. & Mrs. Cecil Van Allen of Sharon Springs, was one of five Kansas Wesleyan University seniors to be listed in the 1959-60 “Who’s Who in American Colleges and Universities.

The University of Kansas reported a record enrollment of nearly 2,200 students. Wallace County had three boys enrolled. They were Harris Gorsuch, a junior, Cecil Gorsuch, a freshman, and Donald Duphorne, a freshman. Harris was a member of the Adelphic and the X.Y.Z. literary societies.

The Western Times changed its date of publication from Friday to Thursday on account of the rural routes.

Dr. Edwin P. B. Wilder died at his residence in Sharon Springs. Dr. Wilder moved to town seven years prior after practicing medicine for many years in Chicago. He was the coroner and health officer for the county.