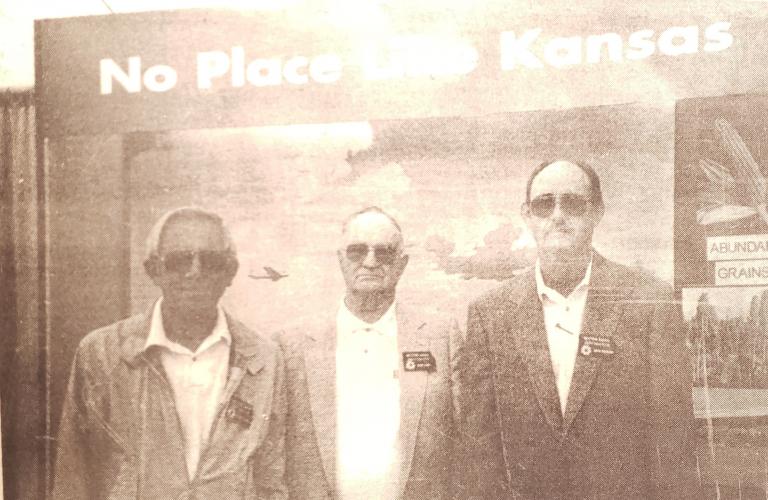 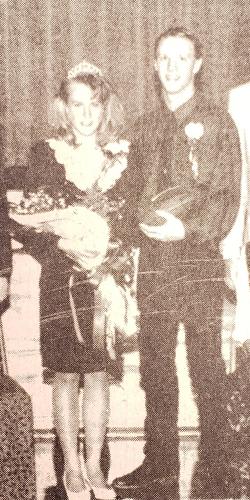 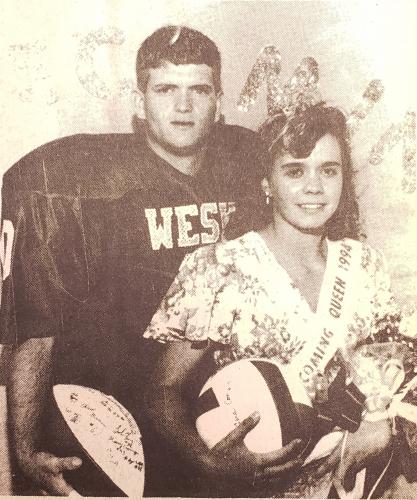 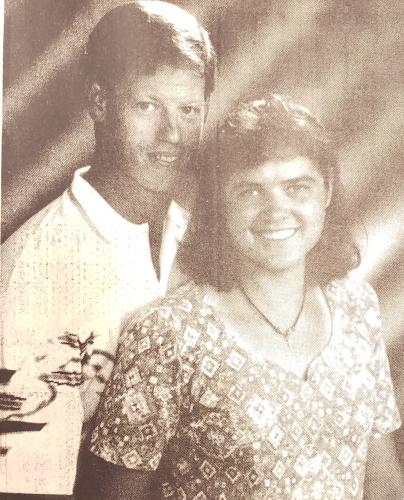 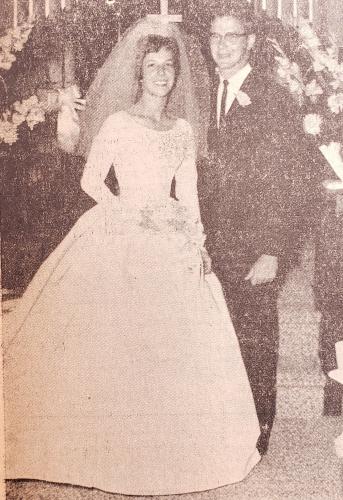 Everett Lage, John Lock, and Oran Packard attended the World Dairy Exposition in Madison, Wisconsin. They were part of a group calling themselves the Western Kansas Dairy Coalition and were joined by 35 other Kansans on the trip.

Duane Weed, a member of the Weskan High School class of 1955, donated a 1957 International fire truck to the Weskan Fire Department.

The Garden Club was hosting a card party at the Township Hall to benefit the new Railroad Park. They would play pitch, pinochle, and bridge with prizes for each table.

The wedding photograph of Patricia Ann Akers and Larry Eugene Van Allen was published. The couple married on September 6 at the Methodist Church in Sharon Springs.

Raymond Johnson won the Editor’s Weekly Football Contest. He was tied with Lois Smith after both picked 23 of the 27 college football games correctly but he won the tiebreaker by choosing the closest points for the Sharon Springs vs Leoti game.

The Lions Club, local sponsor of the Boy Scout program, were collecting financial support for the group. There were 60 local boys in Scouts.

Under Sheriff Symes traveled to New Mexico to arrest Alva Sears on a charge of deserting his wife and children.

Two items under the Sand Creek Notes were that Fred Toll would be leaving the neighborhood and moving to town and the dance held at Bobb Watt’s place was well attended with everyone reporting a good time.

Roy Swope had taken Volney Borst’s place in the barber shop, while Voleny is serving an apprenticeship in the County Treasurer’s office.

Henry Durgeloh surprised his parents by walking in on them after the midnight hour, after being in France for two years. They had not been notified that he was back in the US. He was the last of the Wallace Co. boys to return home.