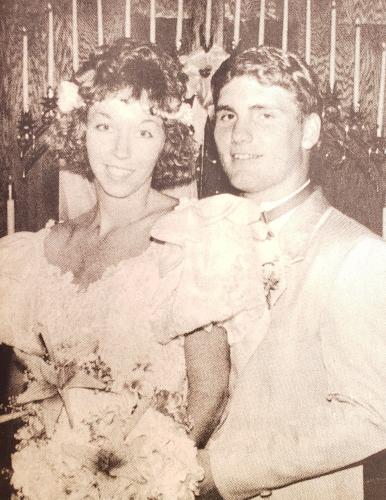 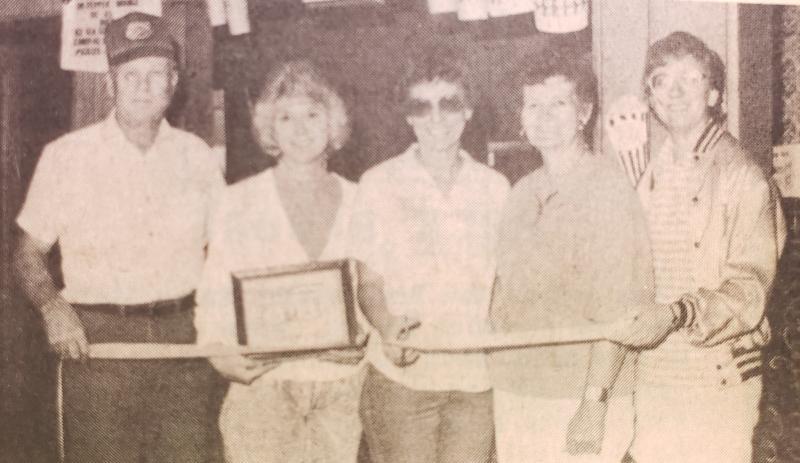 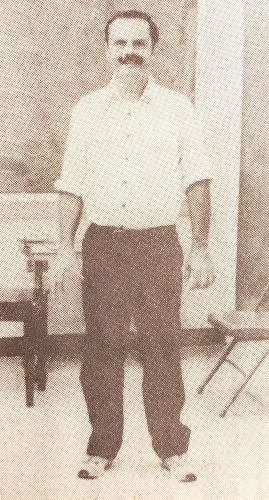 The wedding photograph and story of Jana Lea Johnson and Dennis Ray Gfeller was published. The couple exchanged vows on August 5, 1989, at the United Methodist Church in Sharon Springs. The Rev. Guy Rendoff and Pastor Norma Pouppirt performed the ceremony.

The Strand Theater recently held a ribbon cutting ceremony for new management of Amie Sharp and Rhonda Haislip. They were joined by Chamber of Commerce President Bill Pancake, Ellen Pancake and Brenda Beringer from Economic Development.

Daryl Shurtz of Sharon Springs was 1 of 56 men who reported for freshmen football at Kansas State University. He was an all-Western Kansas fullback selection during his final year at WCCCHS.

Bill Folbre assumed ownership of the Herndon and Sons associated grocery store from Martin Meis, who had been in the grocery business in Sharon Springs for the past 21 years. Folbre planned an open house on October 6.

The Strand Theater was showing “Some Like it Hot” starring Marilyn Monroe and Tony Curtis. The next movie was “The Buccaneer” starring Yul Brynner, Claire Bloom, and Charlton Heston.

The Rotary Club brought the Wallace Bruce Players stage show to Sharon Springs. It was held in the WCCCHS auditorium.

The Weskan 40 piece marching band, directed by Clifford Deister, was one of 13 bands that participated in the State Fair at Hutchinson. Thanks to Howard Wilson, they were one of two bands selected for television and radio appearances.

In District Court News, the case of Henry Hampton Cochran was heard. He was a 17 year old boy accused of burning a box car containing 500 tires. He pled guilty and was sentenced to a term in the State Reformatory, where he would be taught to read, write, and be fitted to take care of himself in the world upon release.

Howard Marty and his band, along with another fifty Sharon Springs people were attending the fair in Cheyenne Wells.

Mr. Cole, representing the National Company of South Bend, Indiana, announced that a contract was signed with the City of Sharon Springs for the construction of a complete water works system.

In a vote of 118-113, voters choose not to put in bridges over the Smoky River. Not even half of all voters casted their ballot.

A pretty home wedding took place at the Mr. & Mrs. Frank Hanks home, as their daughter, Addie May, was married to Willis E. Helt, son of Mr. & Mrs. Thomas Helt. They would reside at the grooms farm south of Wallace.