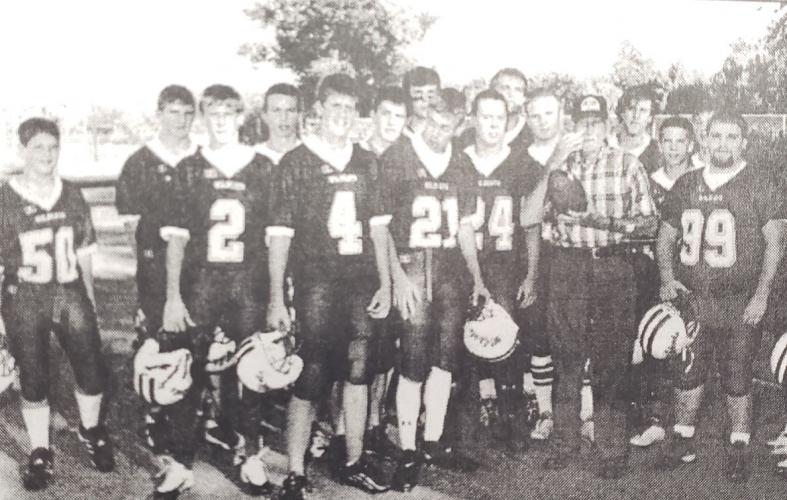 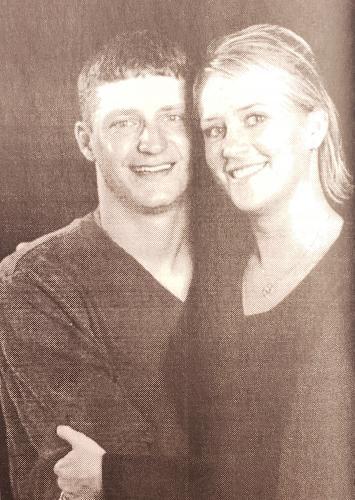 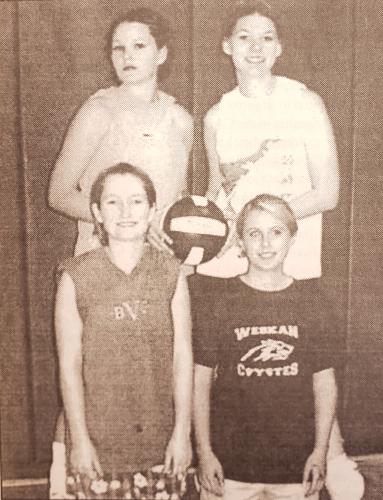 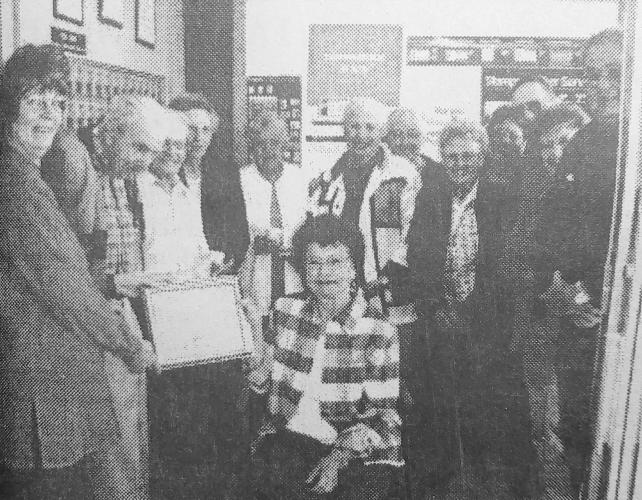 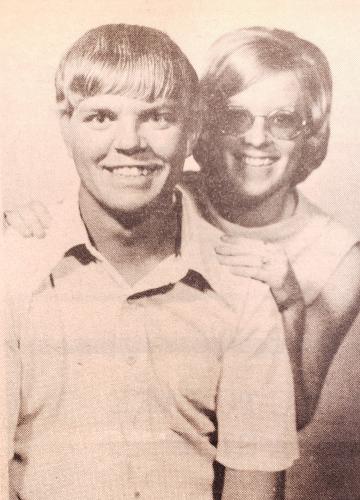 The Wallace County Wildcat football team presented Raymond Johnson with a football signed by all team members for his 89th birthday. Johnson was touched by the gift and always treasure it.

Marvin & Jackie Cox of Weskan announced the engagement of their daughter Randa to Danzey Nickel, son of John & Karen Nickel of Johnson, KS. The couple planned to wed at the United Methodist Church in Sharon Springs.

The Weskan volleyball players of the week for Kristi Barber, Tiffany Cress, Hannah Lawless, Elena Damiani. All four were seniors.

Dolores Bussen was honored at a retirement party at the Wallace Post Office. She was presented with an award for ten years of service.

Linda Collins was in charge of the program at the Rotary Club meeting. She invited Jerry Grund of the First National Bank to talk about the increase in identity theft and doing away with “float time” for checks to reach the bank.

Harold and Norva Deines announced the engagement of their daughter Cindy to Marcus Wax, son of Mr. & Mrs. Marcus G. Wax of Regent, North Dakota. The couple planned for a November wedding.

The Lions Club announced that the Dailey Bros. Wild Animal Circus was coming to town. The three-ring circus would be set up at the fairgrounds.

Skip David, 18, placed 1st in the annual golf Championship held each fall at the local course. There were 43 golfers competing. Ted Billinger of Cheyenne Wells placed 2nd, having won the event for the past six years.

The newly formed local Motocross Club sponsored races to be held Sunday, September 29, 1974, on a track designed over parts of the fairgrounds.

The Farm Bureau Home Makers unit were set to meet at the home of Mrs. Harvey Cox. They planned lessons on mending and for when company comes.

Three more Wallace County boys were called up for pre-induction exams. Bill Pancake would report to Denver on Sep. 26, while Glen Rigor and Phil Hennick Jr. would report on the 27th.

The Wildcats of WCCHS returned to the football field that season after having dropped the sport two years prior. Coach Awtry reported that 20 students reported to play.