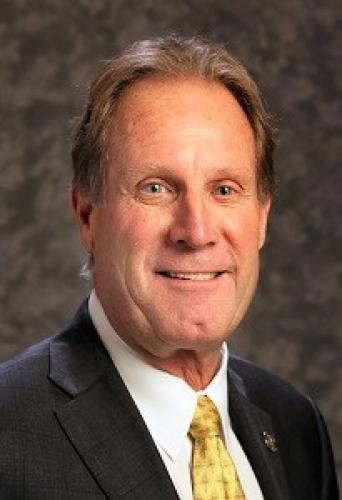 The 2020 legislative session kicked off on Monday, January 13th with a busy week organizing committees. On Wednesday I was honored to be elected chairman of the Building & Construction Committee. This committee reviews all state leases and construction projects.

Governor Kelly gave her State of State address, which was a broad overview of the Governor’s vision for Kansas. Larry Campbell, the Governor’s budget director presented the proposed budget to our Senate Ways and Means and the House Appropriations committees jointly.  The Governor’s budget is built on the premise of re-amortizing KPERS, the states retirement program. She wants to use KPERS to help finance the budget that may provide some short-term gain but would add another $4.4 billion in debt to the unfunded liability and an additional 10 years to the payment plan, if the plan were approved. If the State continues on our current payment plan, KPERS is expected to be fully funded in 15 years. At this time KPERS is funded at about 68% and our unfunded liability is about $7 billion. Last year I opposed the re-amortization and I will again this year.

In an attempt to help Kansans with property tax costs, the Governor suggests funding a program called the Local Ad Valorem Tax Reduction Fund, which hasn’t been used since 2003. It is a cumbersome fund designed to send money back to local government who will decide whether or not to pass the money on to taxpayers. LAVTRF relief estimates calculated by independent researchers show, after going through all the red tape, taxpayers who own a $150,000 home will only save an average of about $12-$25 per year depending on the county.

The Governor also wants to provide $53 million in tax credits to low-income families for sales tax relief while a Republican plan would eliminate the cumbersome tax return credit element and simply lower the amount of tax paid at the store when Kansans buy groceries.

To help try to offset at least some of her spending plans, the Governor would like to begin taxing streaming services like Amazon Prime, Disney Plus and Netflix, which, if approved, would take affect in July. Her budget plan, according to the state’s bipartisan Legislative Research Department, overspends and cuts into our reserves by an estimated $571.8 million. Republicans strongly support allowing Kansans to take advantage of the Trump Tax Policy which allows taxpayers to itemize their deductions to get breaks on property taxes, mortgage interest expense and healthcare costs.

We have opportunities for young students in middle school, junior high or the first years of high school to come to Topeka and be a page. It is a great learning experience about the legislative process and an opportunity to see Kansas’ beautiful Capitol building. If you are interested contact my office assistant at 785 296-7399.

Thank you to all who returned my survey. Anyone who did not receive a survey and would like a copy of my update/survey may call my office and request a copy by mail or email, 785 296-7399 or rick.billinger@senate.ks.gov.

It is an honor and pleasure to serve the 40th Senate District of Kansas. 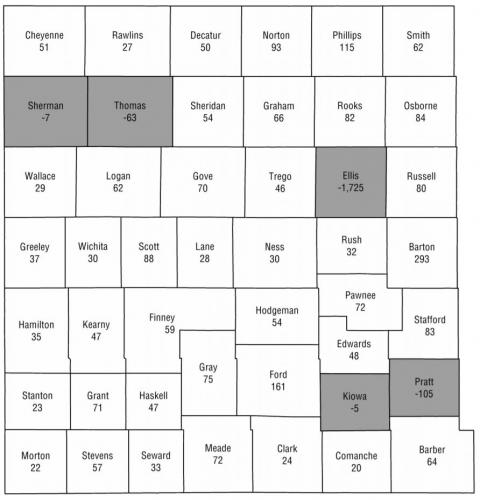 A popular credit card advertisement uses the tag line “What’s in your wallet?” While I don’t have a Hollywood celebrity to deliver my message, I do have a similar question… “What’s on your ballot?”  Kansas has an important... [More]

April 5, 2019 was first adjournment. The legislature will return on May 1 for veto session. Here are a few of the bills that passed last week that may be of interest to the 40th District. H Sub SB16, House Substitute for Senate Bill 16 is the school finance plan that appropriates... [More]

Do kids play musical chairs anymore? I remember it vividly from my childhood days... along with games like "Red Rover" that could get a little wild and crazy to the point that it wasn't a matter of "if" you got hurt, it was a matter of "how bad". Players would eagerly anticipate... [More]

This last week was a busy week. The Senate passed 42 bills in 3 days. Governor Kelly raises income taxes on middle class families and small businesses as well as large corporations that do business in foreign countries. When Governor Kelly vetoed SB 22 she broke several campaign... [More]

Amid the headlines of school finance, tax veto, budget, gun bill, and abortion reversal pills, there was another important story that didn’t seem to get much coverage. The legislature passed a constitutional amendment! No, it does NOT have to do with school finance.... [More]

This week, I’d like to share with you the results of a survey I performed regarding several important issues we are looking at in the legislature right now. The survey was statewide, but for the purposes of this report I have eliminated any responses that came from outside... [More]

This was the last week for committees to meet. The most important thing we did this week was passing the budget out of the Senate. Some of the highlights are: Sub SB75 K-12, school funding, which includes over $4 billion.  Part of the funding is an inflation factor of $92.7... [More]

SB 142 passed out of the Senate this week and has headed to the House for debate. This bill appropriates funds to the K-12 base aid for FY 2020 and FY 2021. The legislation supplements the state’s $525 million, five-year investment that passed last year, with a series... [More]